Welcome to Gallia County! Located in Southeastern Ohio, Gallia County (pronunciation: GAL-yuh) is a unique and charming community perched along the majestic Ohio River.  Here you will find an ideal place to live and work.  Gallipolis was recently named one of the ‘Best Hometowns’ in Ohio. Gallia County is home to a variety of industries including healthcare, manufacturing, energy, and agribusiness. Offering a workforce that is strong, skilled, and available to meet the needs of any industry.  Gallia County can provide the means to help your business grow and succeed. Gallia County’s leadership actively supports and promotes Economic Development. Additional Economic Development support is provided by other local entities and groups including the City of Gallipolis, Gallia County Chamber of Commerce & Community Improvement Corporation, Gallia County Convention & Visitors Bureau, and the Downtown Revitalization Project (DRP), just to name a few.

Gallia County is located in Southeastern Ohio, directly bordering the Ohio River. We are less than two hour’s drive south from Columbus and within an hour’s drive of both Huntington and Charleston, West Virginia. 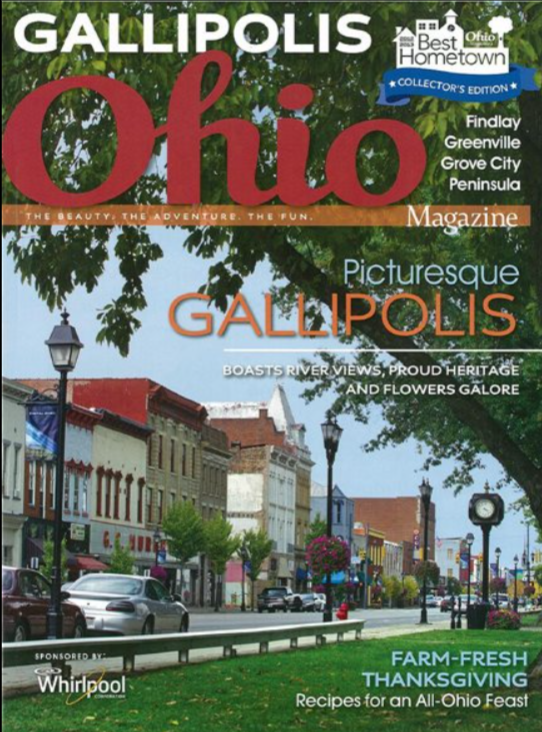 Gallipolis was selected as “Best Hometown” by Ohio Magazine in 2013. Read More

Gallia County (pronunciation: GAL-yuh) is a county located in Southeastern Ohio, United States. The county seat is Gallipolis. According to the 2010 census, Gallia County has a population of 30,934.

The history of Gallipolis dates back to the 18th century with influence from America and France.  After the Revolutionary war, Congress was eager to settle land of the new states, and as a result, land companies formed to purchase acreage and gain land rights.

A group of Frenchmen purchased land in the Ohio Valley with the belief they purchased a “land of milk and honey, where fish leaped into one’s arms, grapes grew in abundance and tallow candles could be picked from trees along the Ohio River”.   The Frenchmen settled and established Gallipolis, which is one of the first settlements in the Northwest Territory.

Five French ships – the Recovery, the Patriot, the Scarborough, the Liberty and the Lady Washington set sail in February, 1790.  In May, the first French ship landed in Alexandria Virginia where the immigrants learned money paid in France for deeds to the new land was never received to the Scioto Company. After much consideration, the Scioto Company helped pay expenses of the new settlers including building log houses along the Ohio River.

They arrived to their crude settlement, on October 17, 1790.  The area was named Gallipolis, meaning “City of Gauls”. The site was called “La Place” by the French and today is known as the Gallipolis City Park.  The new settlers adjusted to frontier and through persistence and hard work, they established a thriving river community.

It was not long before Virginians, New Englanders, Welsh and Germans began to settle in the Gallipolis area.  In 1803, Ohio became the 17th state, and one of the first acts of the legislature was the creation of eight new counties.  It was at that time “Gallia”, from the ancient name for France and in honor of the county’s first settlers, was founded.   By the mid 1800’s most of the original “French 500”, as they are presently known, along with their descendants had either passed away or moved from Gallia County. Still today, Gallipolis proudly remembers its strong French heritage.

Gallia County successfully combines an abundant natural beauty with an appealing environment in which to live, highlighted by the historic and picturesque City of Gallipolis. Business and industry continue to thrive, both through expansion and new development. The majestic Ohio River offers transportation facilities, as a major thoroughfare from Pittsburgh to the Mississippi River. Committed community leaders, along with an abundant civic pride, are responsible for this ongoing success. Here you will find an ideal place to live and work. Gallipolis was recently named one of the ‘Best Hometowns’ in Ohio by Ohio Magaine.

Your Family Can Live Well Here

Gallia County, OH, in the heart of rural America, is the kind of community you think of with quaint small towns, beautiful river views, and a true sense of community. It’s a place where you feel comfortable raising your family. Compared to other areas in America, living in Gallia County, OH will help your money go further. With a low cost of living and affordable housing, you can enjoy a quiet lifestyle with virtually no traffic, lower crime rates and overall hassle free living. 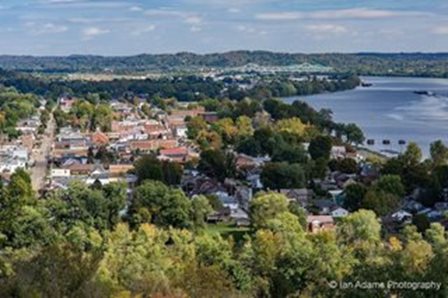